Jacob pounds his fist hard against the door of the three-room apartment on the fourth floor of the flats.
"Mandy!" he shouts through the crack. The security chain is tight. 'Let me in! His words break the silence of the night and bounce off the surrounding concrete flats. Joey opens his eyes and struggles to stand up. His heart is pounding in his throat. He must have fallen asleep.
"Mandy, open up! With the steel toe of his shoe, Jacob kicks at the door. 'Open that door! Joey lifts aside the tip of the sheet Mom has stretched in front of the window and lays his fiery cheek against the glass. His father's bald head gleams in the light at the front door. A small part of the tattoo that covers his entire back protrudes above the cuff of his bomber jacket. As if sensing Joey's gaze, Jacob turns and sees Joey behind his bedroom window.
'Open up,' Jacob gestures.
Joey jumps off his bed and runs through the living room to the hall in his boxer shorts. He pulls the security chain from its slot and pushes down the latch. The door flies open and Jacob runs in.
"Where's your mom? He strides past Joey down the hall to the living room where he disappears into the hallway. Joey pricks up his ears. A door is flung open and bangs against the wall.
"Get up! Joey hears his mother scream. His heart is pounding. The rumble is getting closer. A prickle shoots through his rectum. Quickly Joey ducks under the large cardboard refrigerator box in the corner of the living room where he makes himself as small as possible and wraps his arms around himself to reduce the trembling. Through a hole in the cardboard, he sees in the dim light how his father pushes his mother into the living room.
'That's enough now!" roars Jacob.
'Keep your dirty hands to yourself,' snarls Mandy and she yanks her arm free. Jacob hits the light switch. The fluorescent beam springs on. Threateningly, he looks at Mandy. Her dainty figure dressed in a faded nightie. A few hairs from her ponytail peak in all directions.
'You're not going to pull that trick on me again, Mandy.' His jaws clenched. With furrowed eyebrows, he holds her gaze for a brief moment. Then he breaks eye contact and turns around. In the open kitchen, Jacob bends down and opens the refrigerator that smells like the plastic being refrigerated for the first time. He grabs a can of beer, snaps up the tab that makes an opening in the metal, and swigs the contents in a matter of seconds. Mandy squints at him from a distance. Jacob crushes the empty can in his muscular fist and throws it clattering into the sink. As he walks past into the living room, he pushes Mandy aside. She staggers for a moment and recovers. Her anger bubbles beneath the thin surface of her self-control.
'I'm going to destroy you. Tomorrow I'll pack my things. And Joey stays with me,' Jacob says.
'I don't think so says Mandy. lf I have to, I'll run away with him.'
'You stupid cow. You don't have a dime.' Mandy opens her mouth, but closes it as Jacob opens the dresser door and pulls out the heavy preserving jar full of coins and banknotes from behind the photo-albums. With an affable smile, he sets the preserving jar on the coffee table. 'You're not going anywhere.'
'You bastard! Mandy walks up to Jacob.
He grabs her ponytail and pulls her head back. 'It's my money. Everything I pay for here. Right down to that rotten refrigerator.'
Anger breaks through Mandy's self-control. Her flat hand whacks hard against Jacob's cheek. She spits her saliva right into his eye.
'Ah,' Jacob cries out. He releases her stare and wipes his eye with his hand. Mandy ducks down and crawls to the preserving jar, when her head gets pulled back again. Holding her ponytail in his hand, Jacob effortlessly swings Mandy to the shabby two-seater sofa. He sits down on top of her and puts his fingers around her throat.
'You should have kept your hands to yourself,' Jacob growls.
Mandy kicks and struggles. She wants to scream, but only gurgling sounds come out of her mouth. She shakes her head in an attempt to free herself from his iron grip. Her hands pull his fingers. She presses against his chest. Her lungs are begging for air. Her nails scratch across his face. With a howl, Jacob lets go. Mandy gasps for air and squirms out from under Jacob. With all her strength she presses her thumbs into his eyes.

The blow comes unexpectedly. Glass particles and coins go flying through the air. Bank notes swirl down. Mandy collapses. Startled, Jacob looks at Joey standing next to him in his boxers. His arms raised. His eyes empty. His cheek bright red. The bruises and injuries spread across Joey's trembling body where Mandy abused him hours ago.
'Good thing you called, son. Mama won't ever hurt you again. Never. I promise.' 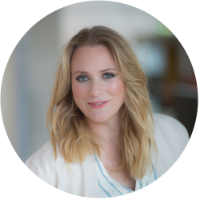 Sietske Scholten used to be a drama teacher? Before publishing her stories in book form, she first staged performances. She knows better than anyone how to mislead her readers. Her plots are always surprising and with her writing style she knows how to let the reader get into the mind of the characters to experience every emotion as lifelike. The English version of Sietske's books will be published within the upcoming months.